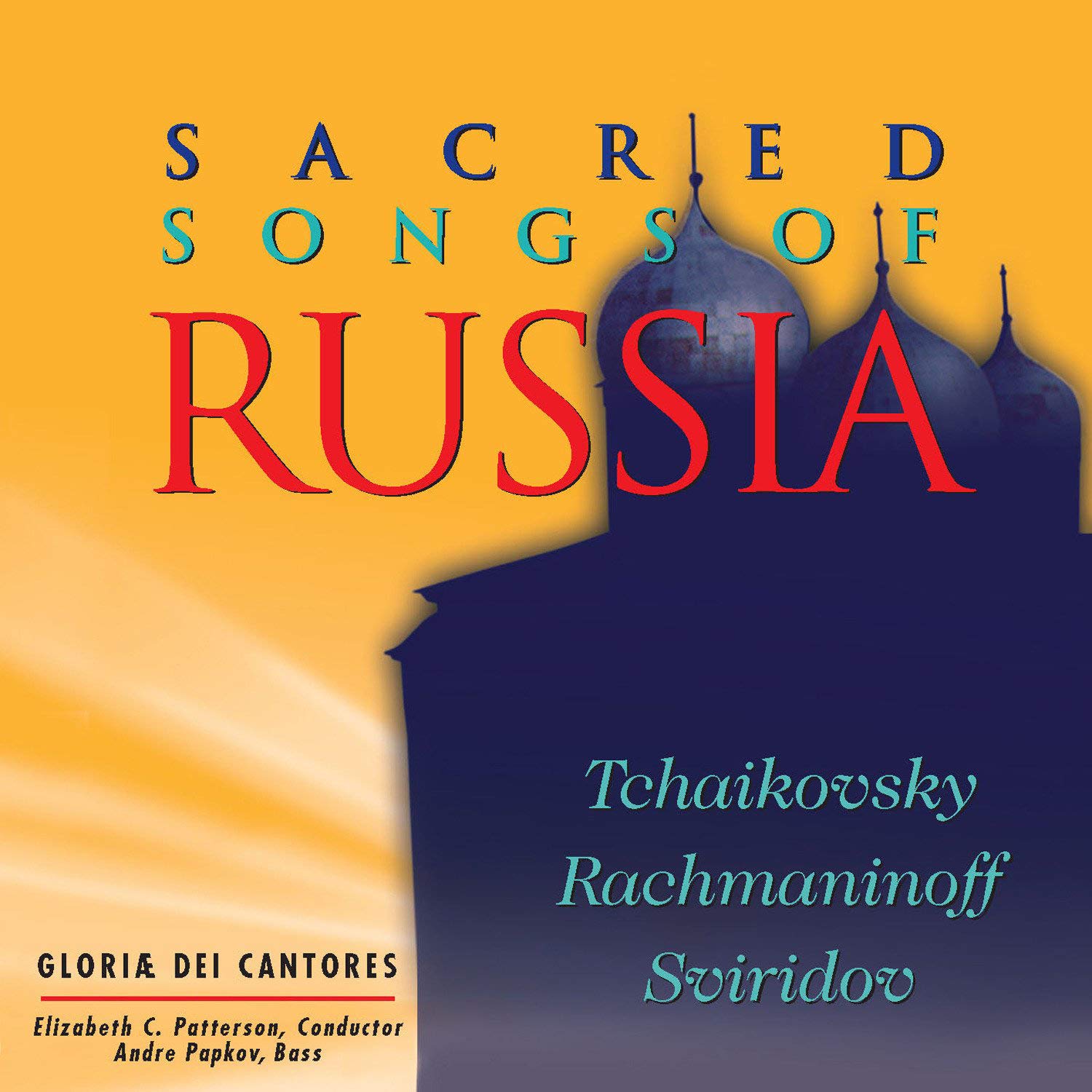 Over the past thousand years, Russian composers have created an immensely rich and varied body of choral music and chant to express the sacred texts of the liturgy. Sacred Songs of Russia portrays the musical legacy of the Russian people, which comes as a response to the depth of their faith.

Among the noteworthy works on this recording, which contains previously released material, are two stirring works by Rachmaninoff including Bogoroditse Devo (Rejoice, O Virgin) from his All Night Vigil, opus 37, and V molitvah (The Mother of God, ever-vigilant in prayer). Perhaps most significant are the Three Choruses of Georgy Sviridov (1915-1998), composed during a time when sacred music was still actively suppressed by the Soviet regime. The three works by Peter Tchaikovsky, Milost' mira (A Mercy of Peace), Angel Vopiyashe (The Angel cried), and Hymn in Honor of SS. Cyril and Methodius, are also strong statements of the Russian faith and expression through music.

"p"| GloriÃ¦ Dei Cantores first toured Russia (then part of the U.S.S.R.) in the spring of 1990 to re-introduce Russian sacred choral music to their concert halls for the first time since the Russian Revolution of 1917, and participated in several liturgies of the Russian Orthodox Church. At the request of Metropolitan Alexy of Leningrad, now Patriarch of Moscow and all the Russias, GloriÃ¦ Dei Cantores toured Russia a total of three times, returning in 1992 and 1998 to sing in Moscow, St. Petersburg, and throughout the Golden Ring. GloriÃ¦ Dei Cantores were also among the first Western artistic groups to tour Siberia. "h3"Review "p"These really are the greatest hits, the very best of what the world knows as Russian chant. Simply put, for pure emotional, pseudo-religious fervor, these works are hard to beat. Elizabeth Patterson and her choir have done the near-impossible--they sound exactly like a real Russian choir (especially the Slavonic diction), yet maintain tonal sweetness and gorgeously blended balance--all the while letting the dynamic fury of this music have full rein. That is not to say that the soft side seriously suffers--Gloriae Dei Cantores floats some of the most cherubic pianissimos I have heard in this type of music, and the result is one of those thrilling experiences that make one thank heaven for the invention of speaker systems. This is the best--the best--compilation of standard Russian choral music that I have heard, and I have heard a lot. --"i"American Record Guide, May/June 1999"br""br"This is the Best--the best--compilation of standard Russian sacred choral music that I have ever heard . . . . --"i". . .Ritter, American Music Guide May/June 1999"br""br"''This necessary recording , made during Gloriae Dei Cantores'' tour of Russia in 1990 and released the same year,Â  features early postGlasnost performances of modern Russian sacred composition in Russia''s churches and halls. The haunting beauty and emotional power of many of the selections stems both from conductor Elizabeth Patterson''s muscular and heartfelt direction, as well as from the strong faith of the singers...'' --Amy Friedman, Chorale